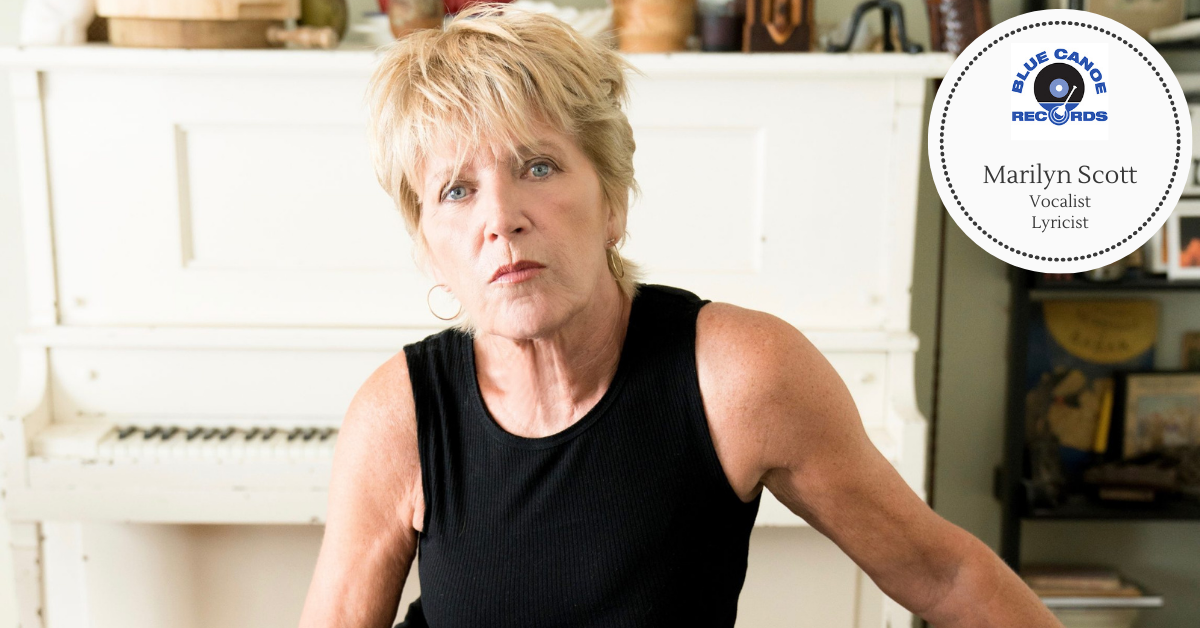 Marilyn Scott is best known for her Grammy-nominated work as a contemporary jazz musician, having performed with some of the best musicians in the world over the last few decades.
A native of southern California, vocalist Marilyn Scott counts among her earliest influences, artists Aretha Franklin, Donny Hathaway, Etta James, Jean Carn and Andy Bey. She began performing in local clubs and fronted soul-jazz bands around the San Francisco Bay area. Among the many friends she made were the guys of Tower of Power, who gave her the opportunity to do backing session vocals with the Oakland-based band. Those recording sessions steered her to making her way back to Los Angeles as a studio session singer, where she performed with musicians and groups including Spyro Gyra, Yellowjackets, Hiroshima, John Mayall, Etta James, Bobby Caldwell and Bobby Womack. Scott’s first recording in 1977, as a solo artist, was a single version of Brian Wilson’s “God Only Knows”, which led to her first album, Dreams of Tomorrow, on Atco/Atlantic. Her discography continued with, 1983 Without Warning, Polygram, 1991 and 1992 Sin-Drome recordings, Smile and Sky Dancing. 1996 and 1998 Warner Bros. releases of Take Me with You and Avenues of Love. The Japanese Venus Records recording, Every Time We Say Goodbye, in 2008.
Marilyn moved to Prana Entertainment and released from 2001 to 2017, Walking With Strangers, Nightcap, Handpicked, Innocent of Nothing, Get Christmas Started and Standard Blue in 2017. Her 2022 release on Blue Canoe Records marks her most recent release, The Landscape.
She has combined her interest in neo-soul, jazz and Brazilian music. She has collaborated with Dori Caymmi, George Duke, Russell Ferrante, Bob James, Jimmy Haslip, Brenda Russell, Bob Mintzer, Perri Sisters, Terri Lyne Carrington, Patrice Rushen and Scott Kinsey.
Marilyn is best known for her Grammy-nominated work as a contemporary jazz vocalist and singer songwriter. As the years have progressed, she has dived deeper into jazz writing and interpretations. Collaborations with many acclaimed artists and musicians have opened and widened her range in a music that’s rich in texture and complexity.
More Info: MarilynScott.com